We did a second pass at our code review meetup — last night turned out much better than the first. The high point for me: most of the “presentation” was, in fact, discussion. The latter proved to be way more valuable for everyone, as most of the twenty people in the room don’t do code review on a regular basis.

Here’s what we did:

reveal.js doesn’t produce great static slide output, and I used its Markdown feature which requires Grunt to serve, so the bulk of what we covered will forever live on in the outline that follows.

What is code review vs. a code audit?

Code review is a process for testing, revising, and confirming code before pushing to production.

Code audit is a similar process, but happens after the push to production.

Why is code review useful over code audit?

There are a number of reasons, primarily…

How do you do code review well?

Well, everyone has their opinions. Here are some:

Issues Daniel found in the code 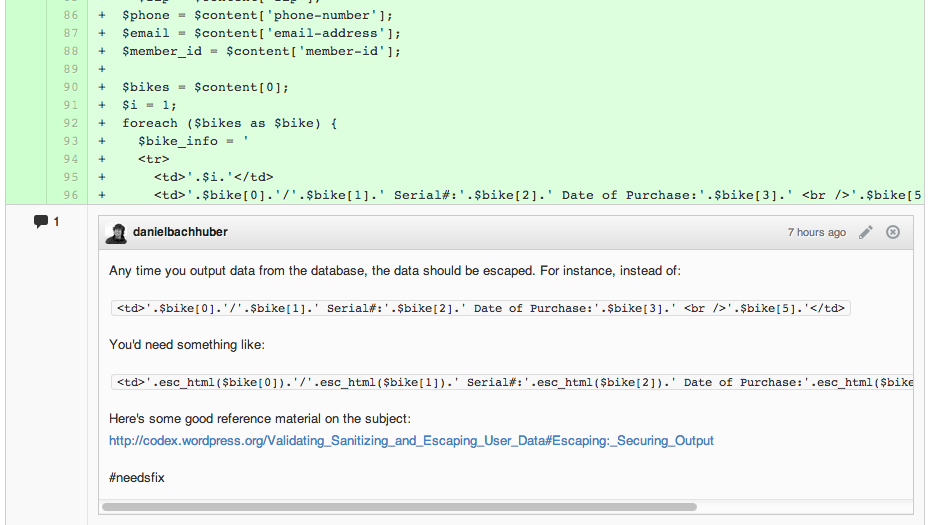 Put secrets in a config file.

Prefix everything to avoid collisions in global scope.

Use WP_Http API for remote requests. 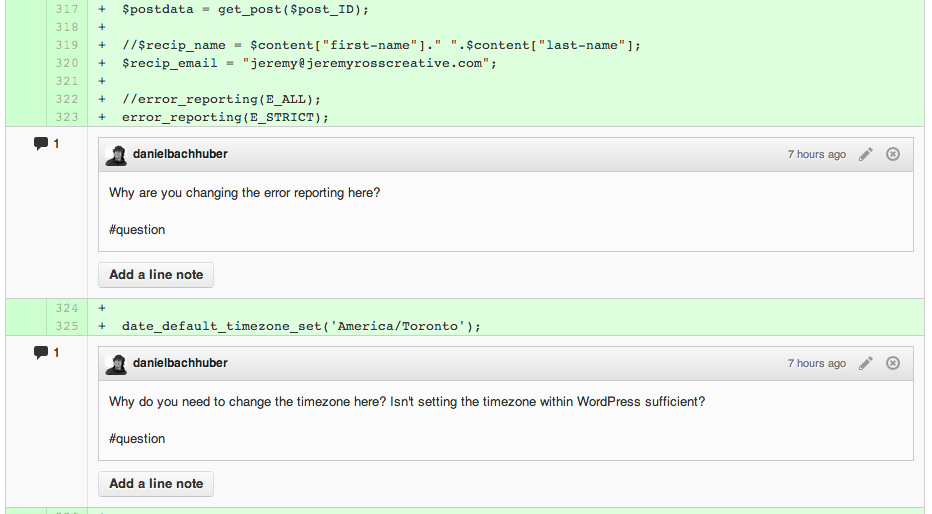 Noel Tock Joins Human Made
I went running. It cleared my head nicely.