Last Wednesday, I had the opportunity to travel again with Green Empowerment and check out the water project in progress in the community of Suro Antivo. Through a combination of municipal and foundation funds, the small collection of houses is finally going to receive safe and reliable water access to their households. To date, most families have to get their water from unimproved sources. There are two tanks being built, and one being refurbished, which will supply water to each house through a gravity-fed system: 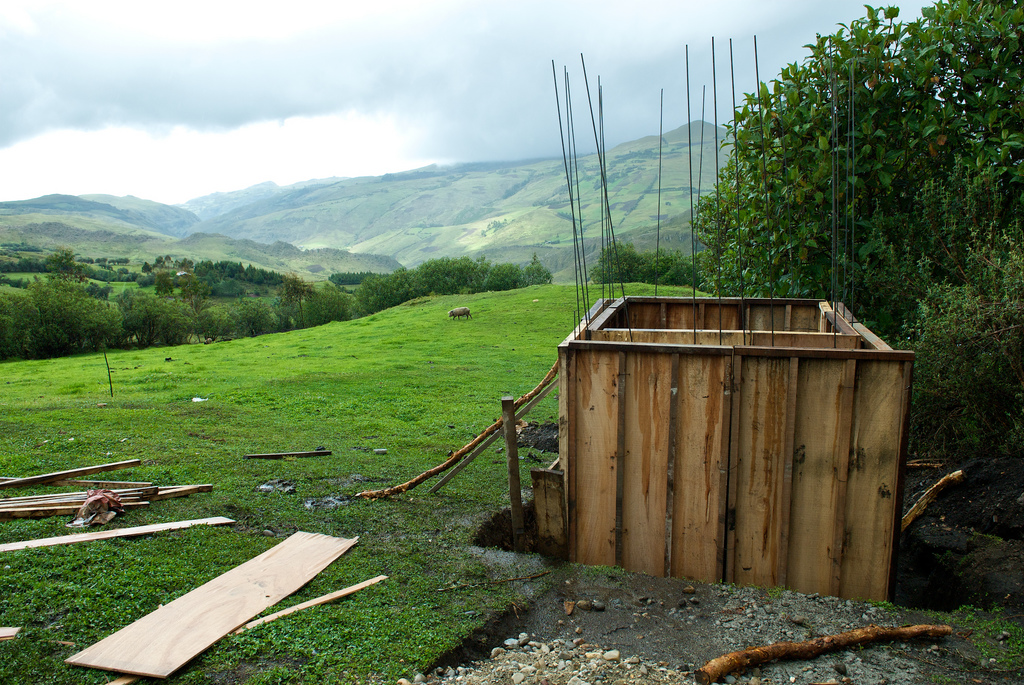 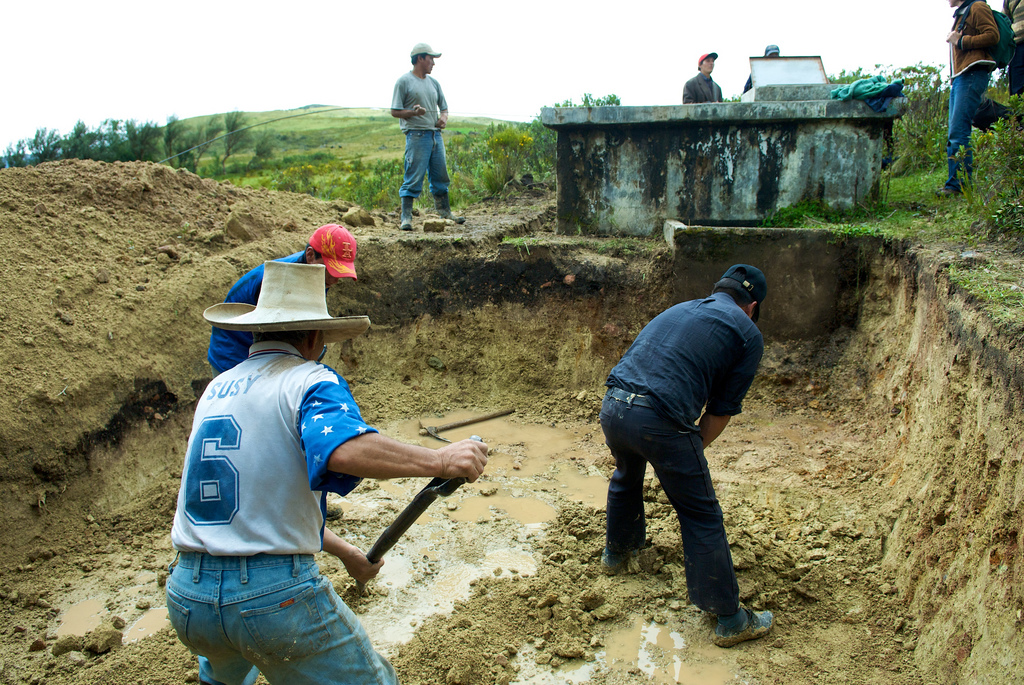 The kicker at the moment is that the lady who owns the land for one of the tanks (most immediately above) now doesn’t want water being taken off her land for the community’s use. Her husband signed an agreement 14 years ago supposedly, but the widow was reportedly never aware of the contract. A bit of the disagreement:

My reason for being in Cajamarca this month is to solidify Oregon Direct Action‘s (ODA) project for the month of July. ODA is a student organization I started last May with Shane Lofgren and a few others. It’s based off of my experiences with Whitman Direct Action and concepts around an open source organization. Our goal is to bridge the gaps between education and international development, and use 12 months of effort from ambitious undergraduates to help solve some of the world’s most basic issues. In my opinion, though, it shouldn’t require a month of groundwork to figure out how we can contribute to efforts in San Pablo.

On Thursday, I had the chance to speak for an hour with Mark and Vinay of an innovative organization called Akvo. It’s goal is to open and simplify the reporting around water and sanitation projects and, in the process, improve the capacity of development organizations to achieve their goals. In my opinion, open source means transparency but it also means, and more importantly, open collaboration. By actively publishing what you’re working on, both the successes and challenges, you’re lending the opportunity for others to take part of the project too.

The first thing to address, however, is the paradigm shift from closed to open. In many sectors, it’s a scary thought to go from only publishing information through a communications manager (or some sort of filter) to making as much data available as possible. My opinion is, and I’ll get to this more in a later piece, that transparency is actually a competitive advantage, and that the first organizations to be as transparent as possible will gain an edge. Funders will become addicted to the wealth of information they have to make their decisions, and organizations that open up an order of magnitude more information for the funder to manipulate will be more desirable. Openness builds trust. The way that Akvo is going to be able to “sell” this, however, is by being able to attach some sort of economic benefit to their really simple, open reporting, both in the ability of the organization to generate more funding and also the value in open collaboration with peers, “pro-ams”, and other interested parties.

It’s also my opinion that Akvo needs to be able to sell their service in terms of being explicit about problem(s) they solve. This could be a 30 second video or two paragraphs, but I wasn’t able to find anything satisfactory on the website.

The second issue in opening up information, and making project data transparent, is determining the best format and means for doing so. I would start iterative reporting with the tool that comes most naturally: mobile (SMS, images, and video). Once you have a stream of information coming from a project, then you’ve got to figure out the context filters. When we started thinking about this at ODA, we broke down our data into four tiers: team, partners, community, and world. Of course, all of the information would be open and accessible, but there would be different delivery mechanisms (email, RSS, etc.) for ensuring you only received the information you needed.

It would be wonderful if Akvo could be the open database for synthesizing project information; and as a part of the workflow and processes, structure the project information such that it’s in a digestible, relevant format. It would be a project wiki that has: background information on the area (size of the community, primary livelihoods, average income, etc.), where the project currently stands (most recent updates via a blog and wiki), relevant budget and financial documents, podcast stream of reports from the field, and images and video which are geographically connected to the project. The important thing is that this database would be built on open standards. It should be the engine that connects you with the information you need, based on your context.

The advantages to open in reporting are many. Most significant to my situation is the ability for potential collaborators to contribute to development work. I still consider myself a student, I’m only 21, but I would like to break tradition and continue to learn in higher impact settings through experiential education. Just think of all of the essays that get printed and then go into the trash. Instead, that productive capacity should be put towards the really big problems we have in the world. If we could lower barriers for students to get involved with projects like Green Empowerment’s and others, the consequences could be tremendous. I think open sourcing development organizations one step in the right direction.

Parallels between journalism and education
More disruption, courtesy the Internet