Earlier this month, I helped relaunch Pottery Barn’s blog. The homepage and each brand page (PBteen example) are moderately configurable through the WordPress Customizer. Building this functionality was an opportunity to make user-friendly decisions about the management experience. 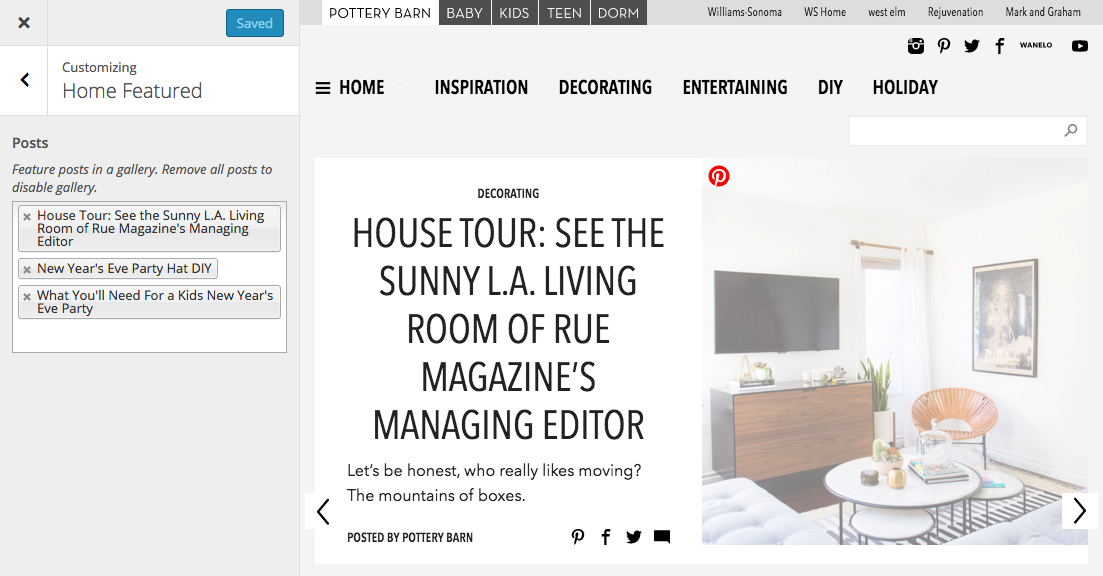 By default, the topmost UI element on each homepage will display the most recent published post. In the Customizer, the Pottery Barn team can choose one or more posts for promotion with an AJAX post selection tool (plugin in-progress). If multiple posts are selected, then the UI element turns into a carousel (powered by Slick).

Further down the homepage, the Pottery Barn team wanted to promote their top Pins from Pinterest. Rather than create a more complicated workflow of uploading images and completing multiple fields per Pin, I decided to magically pull in Pin metadata from their Open Graph / Twitter Card tags.

If you’re considering a similar approach, here are a few technical details I worked out: