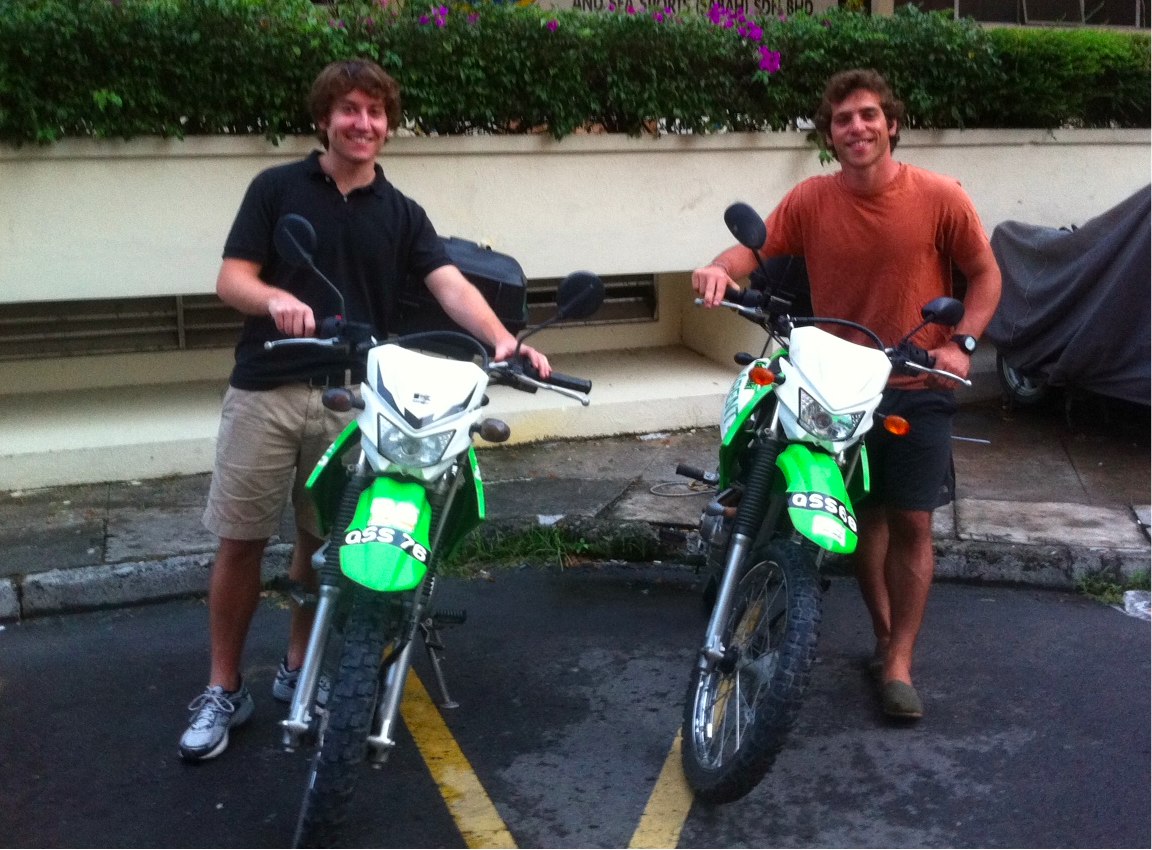 Well, not actually, but I’ll get to that in a moment.

Game plan A for today was to fly to Mulu from Kota Kinabalu (KK) and see the caves in Gunung Mulu National Park. It would’ve been epic. But it didn’t happen. While I was waiting a half hour on Tuesday afternoon for Air Asia to accept payment the MASWings flight from KK disappeared. Out of luck.

Game plan B for today was to climb Mount Kinabalu. Weighing in at 4,095 meters, the mountain is a massive slab of granite. No snow, just a massive two-day slog. We wanted to do it in one. Complication: everyone said we weren’t allowed to do it in one day. Second complication: the two-day, guided, finish on Friday morning and rush to the airport climb costs 950 Malaysian ringgit, or around $300 USD, per person. After we finally bit that bullet, I went to eight different money exchanges to see if they’d let me refill my wallet via VISA cash advance (background: I learned earlier this week I can’t use my OnPoint ATM card with any Malaysian ATMs). Unfortunately, the one money exchange I found, in the capital of Sabah, only accepts plastic with a chip, which mine is not. Out of luck round two.

Alternate game plan K for today was to rent 150cc Kawasaki dirt bikes, and ride from KK to Tuaran to Mount Kinabalu to Ranau to Poring Hot Springs to Tambunan to  Panampang and then back to KK. It was epic, mostly because it started pouring while soaking in Poring and rained almost the entire way back. For 45 minutes or so we were actually in a cloud, visibility was all of twenty feet. Started the trip around 7:30 am, ate breakfast, hit Mount Kinabalu around 11 am, left the hot springs at 2 pm, and returned around 5:30 pm. 300 km of riding over just about seven hours. Personal records for David and I.

KK to Hong Kong tomorrow, overnight there, and then Hong Kong to Seoul to New York City on Saturday. Back to another alternate reality.

Hey Daniel, we heard about the earthquake in Japan. Was it felt strongly in Malaysia? Tsunami warnings? Please update us all!

Nope, Borneo is a couple thousand miles away and I didn’t feel a thing. I didn’t even know anything happened until Cody forwarded me a NYT link. Thanks for touching base though