In Mumbai, India, the poorest of the poor pay disproportionately more for their water. 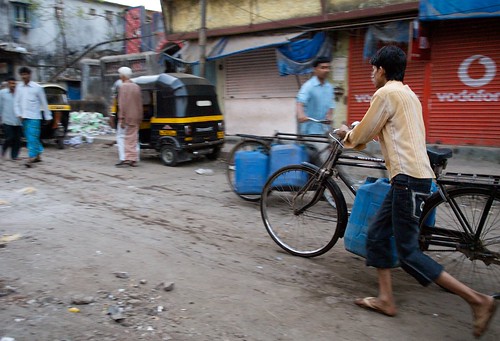 Men and boys from the non-institutionalized slums of Mumbai (the ones on the periphery of the city without public taps) wake at 4 AM every morning to buy water from those who do have formal connections. 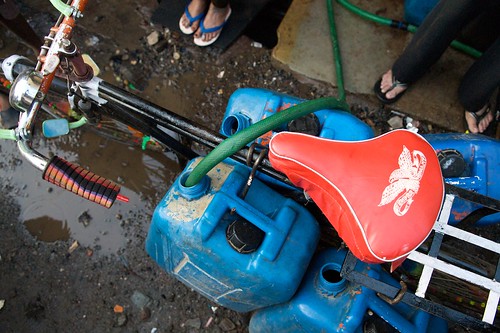 The cost of water is two rupees per 35 L jerry can when the lines start at 5 AM, but jumps up to around six rupees per can when the water from the city stops flowing. Most families need between eight and ten cans per day. 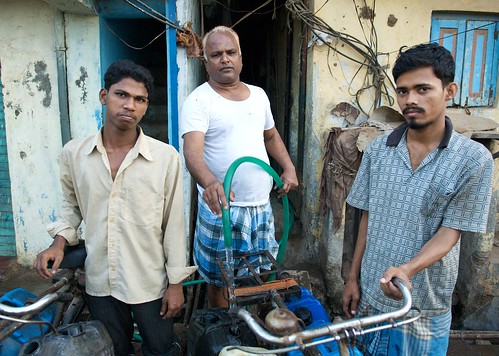 In short, those who have to buy their water each morning can spend up to 900 rupees per month. The deed holders (i.e. those who own land and have a house) have pipes from the Bombay Municipal Corporation (BMC) at a cost of only 125 rupees per month. 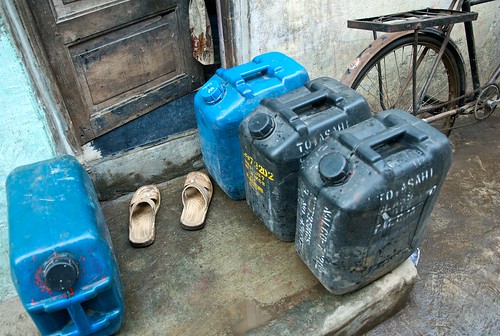 Unfortunately, this appalling situation is in equilibrium, as house owners can make upwards of 3,000 rupees per day selling water to those who have to spend a significant amount of their income to get the bare minimum.

To make matters worse, the BMC would like to privatize water in the future, arguing they “lose too much money in the business.”

Here, in the slums next to Govandi and Mankhuted, “Do you get the water?” is asked each morning in place of “Hello” or “How are you?”

The Daily Emerald has its blogs back
Student news as process

A short story of Creative Commons