Heatmap visualization of where I’ve been in three cities I most commonly visit, based on 1030 check-ins on Foursquare and a neat tool called Where Do You Go found via Zach Seward. 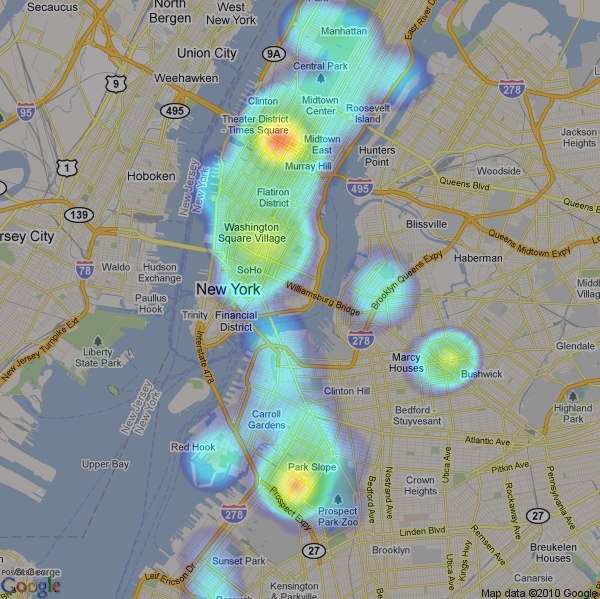 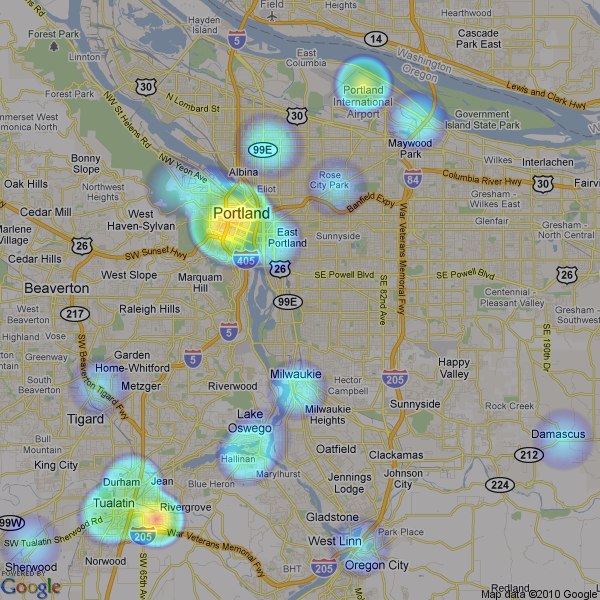 Pretty neat. The hotspots in each city are most commonly where I live and work. Unlike Zach, I check-in copiously, even at private residences, as a way of logging where I’ve been. The most unexpected insight from building these heatmaps is the sheer distance between Portland-area check-ins. It makes sense, but also is surprising compared to the other two cities.

This morning, a quick travel story